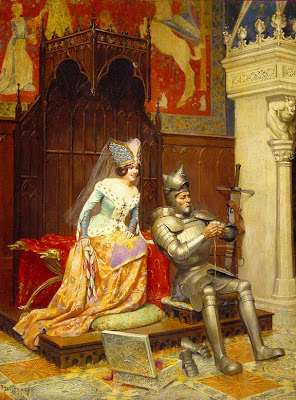 The Story of the Glittering Plain: William Morris 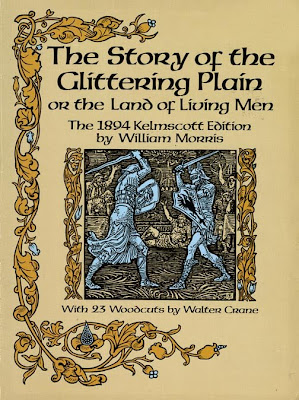 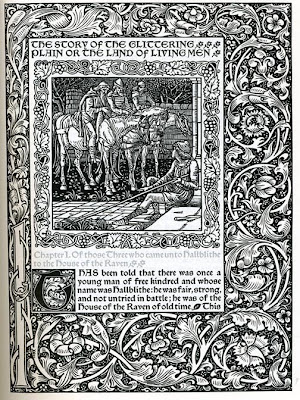 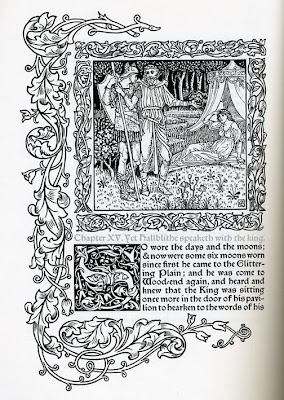 My current reading material -The Story of the Glittering Plain or the Land of Living Men by William Morris. Reminds me a bit of Beowulf and other Icelandic sagas in theme/style, beautifully illustrated by Walter Crane. I also have another work - The Wood Beyond the World that I may read next. All books should be this lovely! Of course, I'd love to have original Kelmscott Press editions:)
Posted by Medieval Muse at 9:06 AM 10 comments:

I was fortunate enough to have seen Edwin Austin Abbey's murals in the Boston Public Library about 5 years ago and a love affair with his work was born. The grand scale of these murals certainly fits such a lofty subject matter — Sir Galahad's quest of the Holy Grail. When I returned from that visit, I searched the internet but was disappointed that I didn't find much published about him. He remains almost as elusive as said vessel.

Recently, I found a tiny book on Ebay published in 1936 about this frieze and has 15 color plates (the reproduction is not fantastic) and a few black and white details. The astonishing part was this:

In May, 1890, Abbey signed a contract to paint a frieze for the Delivery Room of the Boston Public Library, the subjects to be of his own choice; the compensation, $15,000. His final selection was the legend of aspiration, "The Quest of the Holy Grail."
...pictures are eight feet in height, and of varying lengths, totalling 194 feet; they contain about one hundred and fifty life-size figures. 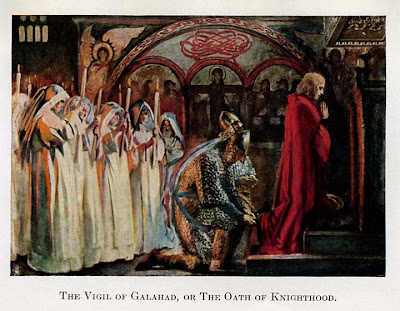 No. 2 of the murals. The vigil before departure. The nuns bring him to Sir Lancelot, who fastens on one of his spurs; Sir Bors attaches the other, preparing him for his quest. 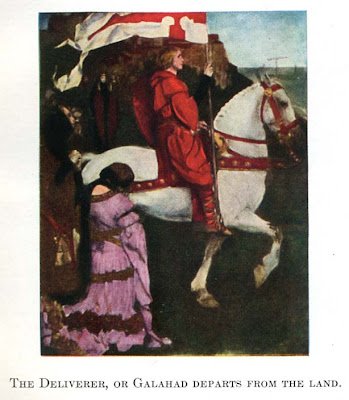 No. 12 and says "Sir Galahad, borne up on a white charger, and followed by the blessings of his people, is seen passing from the land, where peace and plenty once more reign." Sadly, we are in need of this now!

Grace, of The Beautiful Necessity - ever vigilant for beauty - posted about him here, and recently pointed me in the direction of another blog entry about Abbey made by A Polar Bears Tale. You can find it here.
Posted by Medieval Muse at 4:14 PM 8 comments: 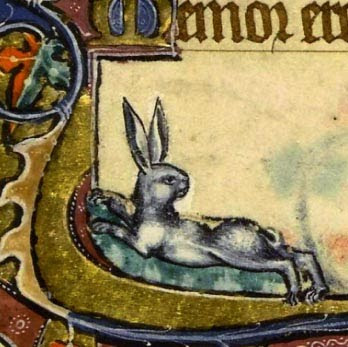 From the Fitzwilliam Museum
Thanks Jen, for this lovely card!
Posted by Medieval Muse at 2:28 PM 5 comments: 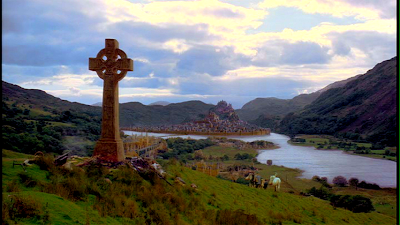 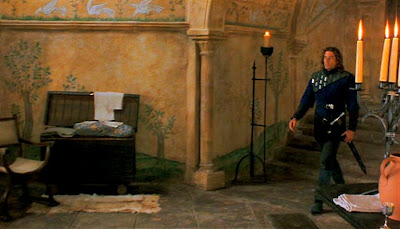 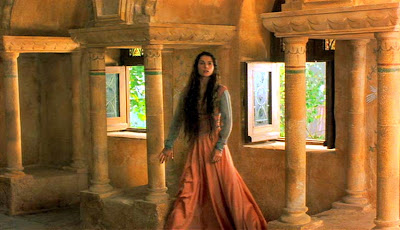 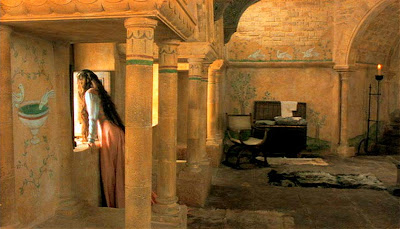 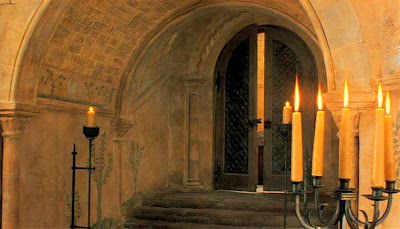 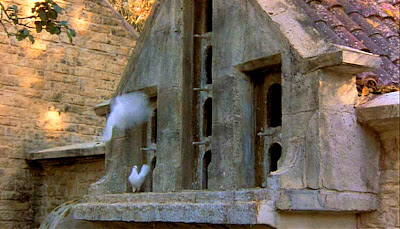 Losing myself in Arthurian legend - in both books and movies. First Knight imagery. Love this scene in Lyonnese — Guinevere's dress, the décor.
Posted by Medieval Muse at 8:56 AM 2 comments: 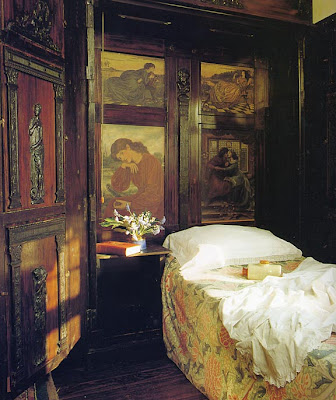 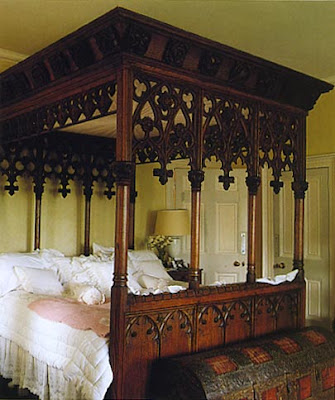 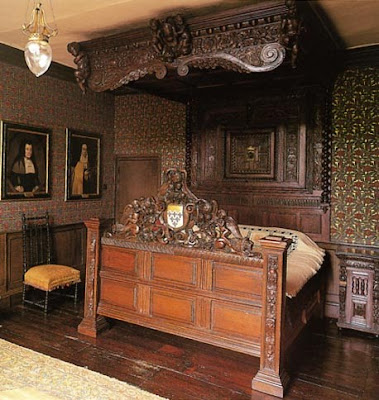 From The Bedroom Book.
Posted by Medieval Muse at 5:44 PM 8 comments: