During a recent re-watch of The French Lieutenant's Woman, I was struck by the resemblance of Meryl Streep to Lizzie Siddal. Both the visual and emotional tone have an undeniable Pre-Raphaelite theme. I'm sure I'm not the first to make this observation! Lovely movie! 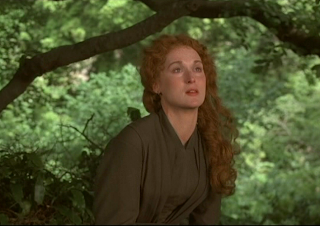 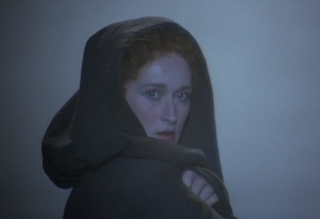 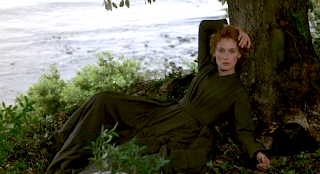 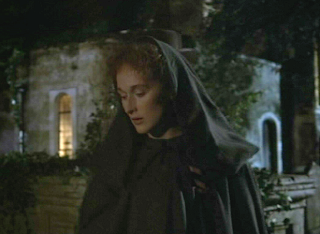 From the opening scene of wildlife at dawn to the sighing Green Man, Robin Hood is a visual feast. This is the 1991 version starring Patrick Bergen & Uma Thurman. The costumes, in my opinion, are beautiful - simple, natural fabrics with rich details and sombre lighting, forests with mist, moss and mummers. 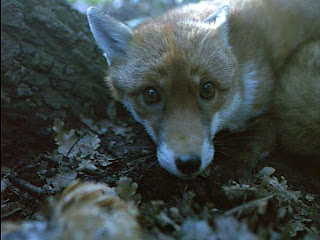 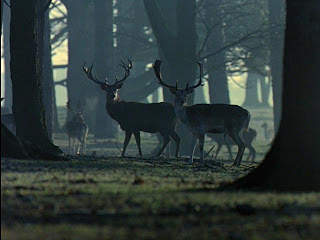 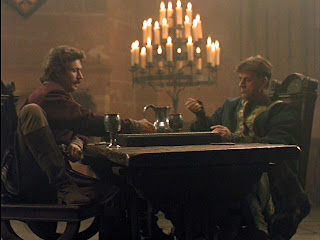 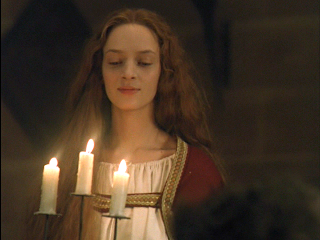 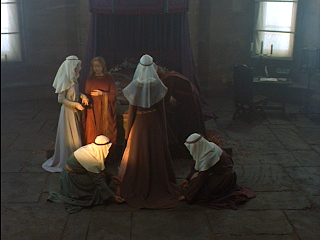 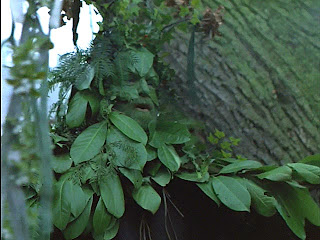 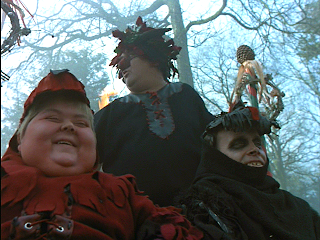 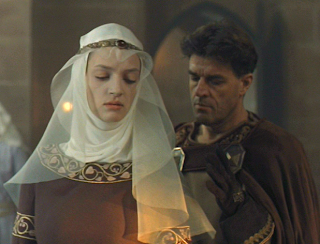 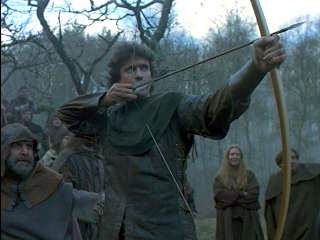 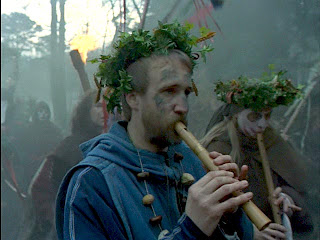 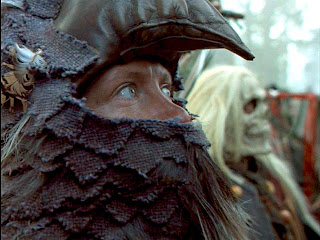 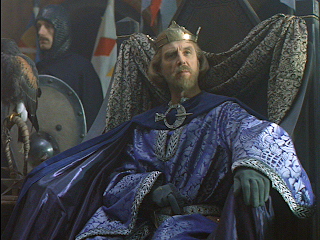 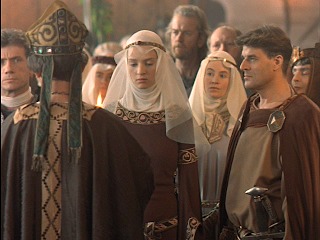 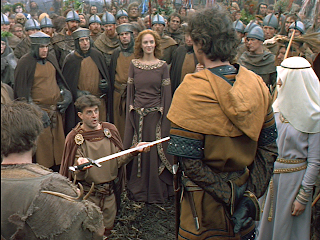 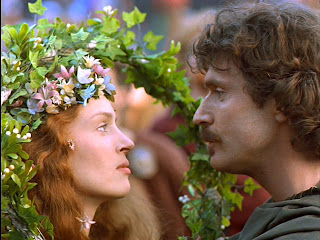 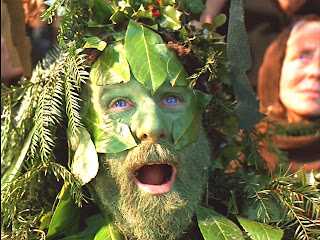 Castle of the Maidens: The Mural Model

Ellen Terry's beautiful green gown has made the rounds of many a blog and media site and she always seemed so familiar to me, even thought I knew little about this painting. Until seeing the restoration notes about the beetle-wing encrusted gown, I'd imagined it was pure artist's fantasy. I'm curious if she is also modeled for Edwin Austin Abbey's Castle of the Maidens, the 9th mural in his Quest for the Holy Grail series in the Boston Public Library. Compare John Singer Sargent's painting to the regal, central figure in Abbey's mural - they look very similar, don't they? A resemblance beyond enthralling costume and long, luxurious hair?
I've read that Edwin Austin Abbey did a number of Shakespeare-themed drawings and paintings in the late 1880s-1909. One of which was for Hamlet. He was also a friend of Sargent; they shared a studio and likely the same social circles. I've found nothing that suggests Ellen Terry is the "mural model" either online or the few books I have about the artist. I suppose it is possible that she didn't technically model for him, but he was inspired by her. Does anyone know?
I did this post about his murals over a year ago.
More about him can be found here.
Posted by Medieval Muse at 3:49 PM 15 comments: